School does not kill creativity....

I usually don´t write in English, but I will give it a try. I think this message may interest people outside Sweden too, it´s about a common interest. Namely the future of creativity....in the context of learning.

The more we spread phrases like "schools kill creativity", the more schools will actually kill creativity. It becomes a self-fulfilling prophecy. The problem is that the message it self starts from a wrong perspective.

The modern school does not kill anything, it gives birth to ideas.

There are thousands and thousands of creative teachers out there that actually shows this for a fact. Teachers who develop the most creative and positive learning experiences on the planet. They are doing an insanely great job.

It's not that I do not agree with Sir. Ken Robinson, he has lots of interesting arguments and very wise analyzes. But he mostly talks about the old school, where he and most grown ups were students. He speaks rarely, or vaguely, of the content of the modern school. At least not as much as he could, if his goal was to make a difference and engage further school developments. Not just selling books. He is a powerful voice in the context of how we relate to the future school development. It should be used even better.

We need more stories about schools we now see emerging in the new era of learning, in virtually all parts of the world today. A movement spreading quickly from US to Asia and in some parts of Europe, where Sweden is a sparkling lighthouse and role model. The results and progress in these great schools vary greatly, due to social culture and especially the school culture. There are, despite this, no doubt that the movement from traditional school to a modern school has started. And it will not stop.

If we instead of looking back in history could focus on the future and spread phrases like "it's the modern teachers of today that really develops creativity in society" or "the new modern schools give birth to creativity". If we do that we create not only a belief in the future, we also encourage teachers and principals all over the world to experiment with methods of learning that develops not only learning it self in the traditional sense, but at the same time abilities and talents such as creativity, drive and engagement. If we continue looking back with bitterness, then the bitterness quickly blinds us bit by bit and the conservative forces will take over permanently. The opposite of what Sir Ken actually strive for.

We need to talk positively about school and learning if we want teachers and principals to strengthen their confidence and rebuild the views of learning.

We all need them and we sure do need their creativity.

Go back to sleep again folks....
Posted by Fredrik Svensson at 4:39 PM 1 comment: 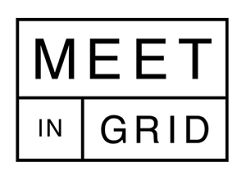